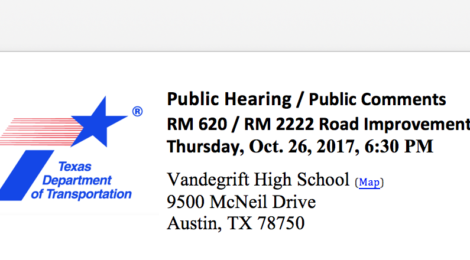 Official public hearing to assess the impacts of proposed improvements to RM 620 and RM 2222. Construction is planned for 2019 pending the outcome of the assessment. The hearing is required due to the construction of a new roadway as part of the improvements.

Why should I attend:

We need your voice at this hearing to ensure these projects happen and move forward as scheduled. This is the official hearing where those for and against the project go on record as part of the environmental assessment. Students, parents, commuters, businesses and all impacted by traffic should attend and go on the official record.

This project has been in the works for years – with serious advocacy and dialogue with TxDOT starting in early 2012. The project is now funded with a combination of City of Austin dollars from the Mobility Bond election last fall ( ~ $7.5 Million from fall 2016 election), and with the State of Texas funding the balance of the $18 million construction cost for the project. The remaining barrier that needs to be scaled to get these desperately needed traffic improvements is the successful completion of this environmental assessment of which public input is a major factor.

“TxDOT is conducting a public hearing to present project information and gather public input on proposed improvements to RM 2222 and RM 620. The hearing will begin with an open house from 5:30 p.m. to 6:30 p.m. During this time, the public will be able to review available project information and exhibits, discuss the project with project staff, and ask questions. The formal presentation will begin at 6:30 p.m. and will be followed by a public comment period.”

For the official invite from TxDOT, visit: http://www.txdot.gov/inside-txdot/get-involved/about/hearings-meetings/austin/102617.html

Here is the latest timeline from TxDOT: 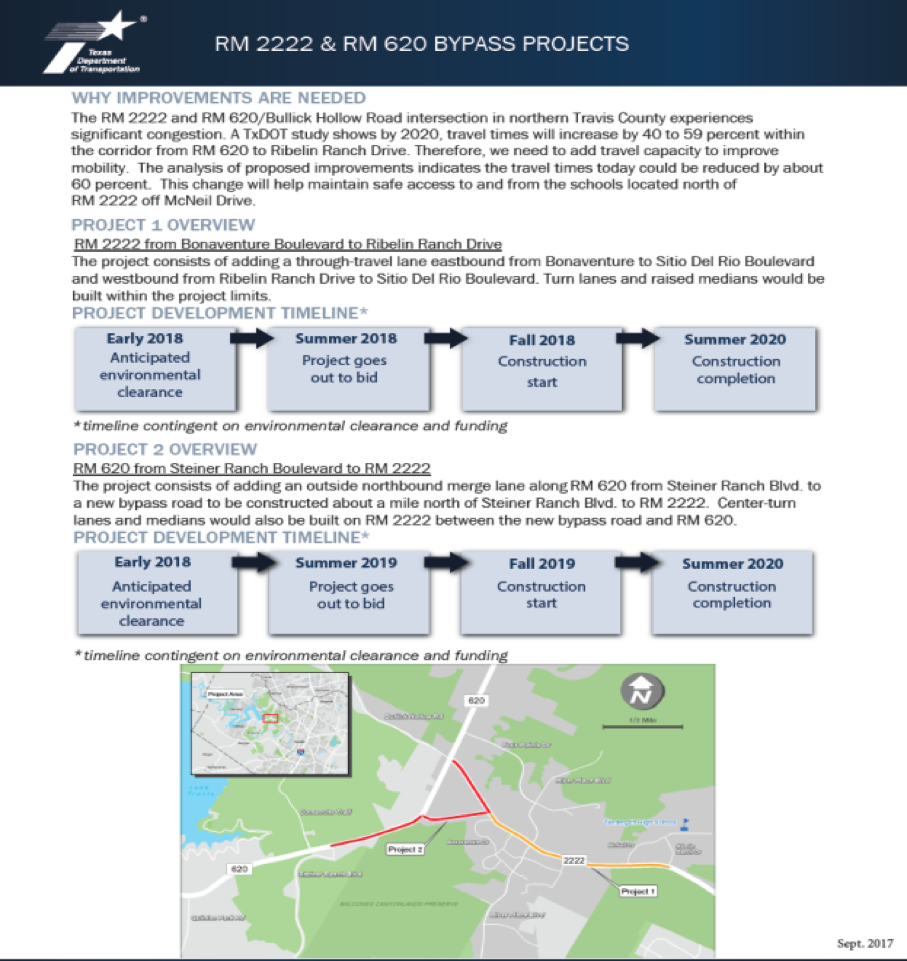 The RM 620 / FM 2222 intersection improvement is really a 4 part fix – when put together we will see a significant expected reduction in traffic congestion: