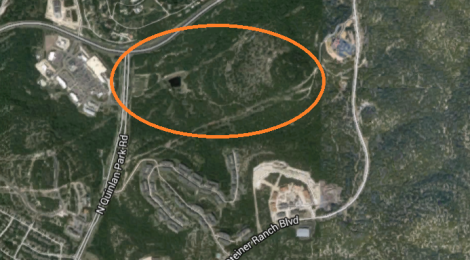 Cal-Atlantic has contracted to build 106 single family homes on MU-14. Construction to prepare the land has already begun.

The plan change from 150 duplex units to 106 single family units was submitted last summer and was approved in December 2017. Construction preparations began at the end of January 2018. The plan change is welcome news overall compared with the original plans from 2014 given the reduction in total residential units. Those 2014 plans were stalled and put on hold after a tentative agreement between SRNA, Taylor-Morrison and the land owner to allow for a community purchase.

The new developments on this site are generating a number of questions from the Steiner neighborhood since there was high enthusiasm for a community ownership option for this property and an understanding of some of the risks of residential development that had been previously high-lighted (see link here).

Given the status change of the property – SRNA is now switching gears and will work with the developer and home builder to ensure that the new development is as compatible as possible with the larger community.  This will include identifying and overcoming potential challenges with the development and exploring options to boost potential home-values in the area and maintain the look and feel of our community.

Some of the topics which will be addressed based on previously identified concerns include:

SRNA has started a proactive engagement with the developer, and home-builder to start  a dialogue and address community concerns and opportunities.  The developer indicated that the landscape planning phase is beginning now so this is a good time to engage.

SRNA previously pursued community ownership for this property between 2014 and 2015 with WCID 17. Subsequently SRNA approached the SRMA to explore the option of a HOA financed purchase.

For a link to older MU-14 news including the original WCID proposal and survey click here:“MU-145: Community Owned or Duplexes?'”.

One potential use for MU-14 that had generated a lot of interest from Steiner area residents was to provide area ball-field. SRNA will work with other entities to explore alternate sites for ball fields in the area.

The lack of ball-fields in the Four Points area was highlighted in 2017 by Brian Thompto as part of the Travis County Bond Committee. The County looked at MU-14 as part of the Bond process but concluded that it did not have enough capacity for a Regional Park. The site could accommodate approximately three ball fields and the county’s current policy is to develop only Regional parks which contain a larger number of fields. Ball fields were also a top need highlighted by open meetings in January 2018 of the Four Points Task Force, a partnership between the West Austin Chamber of Commerce and Jimmy Flannigan’s City of Austin District 6 office. SRNA will work with other groups in the Four Points area to advance solutions to the challenge of providing access to ball-fields and other athletic amenities.

If you would like to get involved with these efforts please reach out to SRNA: chair@steinerranchna.org